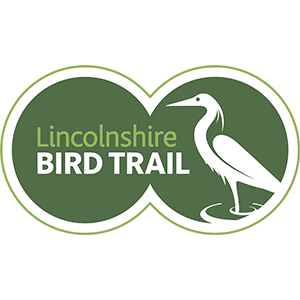 Following several years of planning and the acquisition of 440 hectares of former arable farmland in the extreme north-west of Lincolnshire, the Alkborough Flats managed realignment scheme became reality in September 2006 when the site was flooded for the first time. The scheme managed by a consortium of agencies and organisations, the Alkborough Flats Partnership, mainly run by The Environment Agency, Natural England and North Lincolnshire Council, was designed to provide a place to store flood water during extreme weather and create new habitat for wildlife. The partners on the scheme designed and constructed a breach, water distribution channels, a 1,500m length of lowered embankment or spillway, new habitat areas, and a new section of flood bank. Public footpaths were created and four hides provided, the latest an impressive tower hide that overlooks the eastern end of the site and the adjacent Humber estuary including Whitton Sand. The site has developed rapidly over the last 15 years from being mainly open mudflats inundated by high tides and remnant arable farmland to a massive reedbed and extensive areas of wet grassland with almost all of the inter-tidal mudflats now having been lost to ecological succession.

Alkborough Flats is the most north-westerly part of the historic County of Lincolnshire, at the confluence of the Rivers Trent and Ouse where they join to form the upper Humber estuary.

From the A1077 Scunthorpe to Barton-on-Humber Road, turn west down West Halton Hill then right into West Halton and left onto Alkborough Lane. Two car parks area available the larger one east of Alkborough village off Whitton Road at SE886225 and a smaller site with limited capacity down Prospect Hill at SE882219 (note the latter car park is down a steep hill and is narrow and should not be driven when icy).

From the upper car park a footpath leads down the hill onto the Flats. From the lower car park access to the site footpaths is obvious.

Park on Back Street and obtain magnificent views of the Flats from the elevated location of Julian’s Bower, an ancient turf cut maze SE879217.

Dogs should be kept under close control particularly in the breeding season and note that several of the paths pass through fields grazed by sheep, with lambs in spring, and cattle.

Please observe the no entry signs on some of the internal paths and tracks that are to be used by authorised people only.

find out more about alkborough flats

what species and habitats can you find?

The principal bird species resident throughout the year are associated with the large areas of reed and wet marsh and include marsh harrier, up to 14 birds in winter, little egret, peak counts of 60-70 birds in the autumn, bearded tits, water rails, Cetti’s warblers, reed buntings and a variety of wildfowl dominated by teal, wigeon, mallard, shoveler and gadwall in the autumn and winter months. Spring and summer see the arrival of breeding birds including up to 400 pairs of reed warbler, sedge and grasshopper warblers. The grass fields often attract large flocks of yellow wagtails with a few white wagtails and the adjacent escarpment regularly hosts passage ring ouzels and northern wheatears.

Spring and autumn passage periods produce arrivals of a wide variety of waders with black-tailed godwit, avocet, spotted redshank, redshank, greenshank, whimbrel, dunlin, ringed plover and little ringed plover most obvious in spring complemented in autumn with little stint, curlew sandpiper, ruff and sometimes high counts of common snipe. great white egrets have become regular in summer and autumn and up to 32 spoonbills regularly occur between May and October. Rare waders have occurred with some regularity and a total of 42 species of wader have been recorded with the latest addition Terek sandpiper in 2020. Winters are dominated by the large flocks of lapwings and golden plovers that can carpet the wet grasslands while the wildfowl often include the local flock of up to 2000 naturalised barnacle geese and regular flocks of pink-footed geese. The latter species arrives on the Humber in vast numbers in October – November and up to 10,000 birds can be seen daily flying over the Flats. The same period also sees a marked passage of whooper swans through the site with over 550 logged in autumn 2021. Winters can also produce some vast starling roosts in the reedbeds with 250,000 birds in the 2021-2022 period. Water pipits are also regular at this season but never easy to see.

The list of bird species recorded on the Flats exceeds 200 species and being located at the junction of two major British flyways anything can turn up as evidenced by the first British record of Western Swamphen in autumn 2016.

plan your visit to Alkborough flats

Notice boards in the car parks have maps with details of the footpaths and sightings from the previous month.

Some of the footpaths are often wet and muddy in the winter and wellingtons are essential to access some area due to the nature of the site.

Scanning the whole site from Julian’s Bower is a good starting point to get an idea of the area and birds are visible with best views being obtained with a telescope; some areas are only visible from this location due to the height of the reeds in the summer and autumn.

The site is very open and days with strong winds are less productive as birds are harder to see particularly in winter.

The area is still essentially tidal and very high spring tides particularly in the autumn can lead to extensive flooding of the lagoons which can reduce their attraction to waders for several ensuing days so check tide times on the net, the nearest location being Blacktoft.

The Trolleybus Museum at Sandtoft